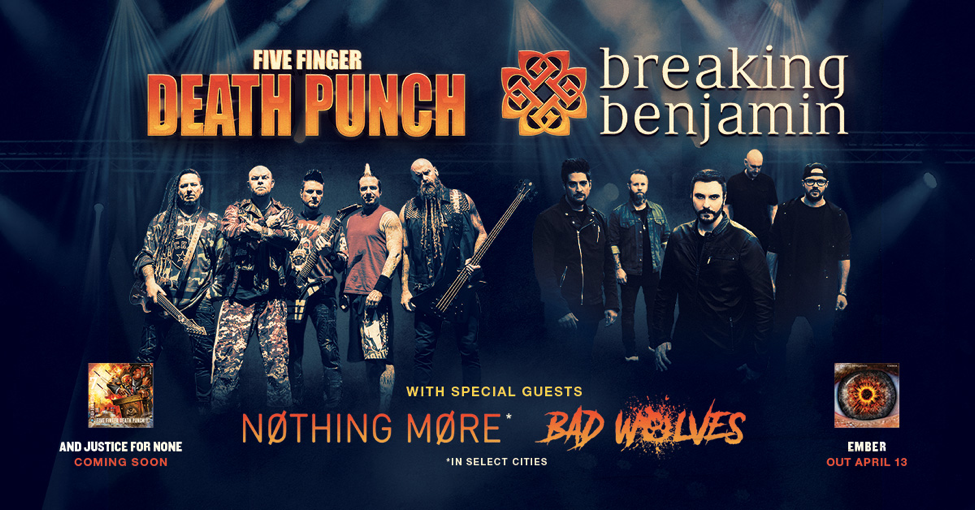 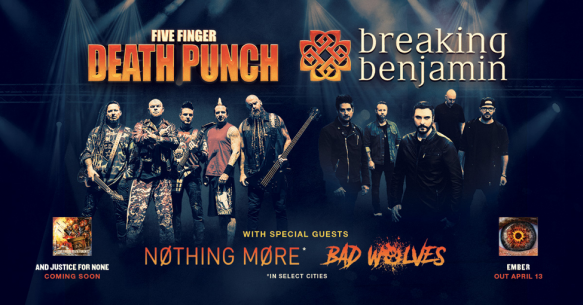 Five Finger Death Punch and Breaking Benjamin are coming to the Mattress Firm Amphitheatre, Chula Vista, on Wednesday July 25th, in support of their latest album!

With “And Justice For None” entering the Billboard 200 album charts in the top 5 in May, 2018 is already starting with a bang for Five Finger Death Punch.

Pennsylvania’s Breaking Benjamin are also killing it with their sixth studio album, Ember, debuting at number 3 in the Billboard 200 and it’s first single, Red Cold River, peaking at number 2 on the Mainstream Rock Songs chart!