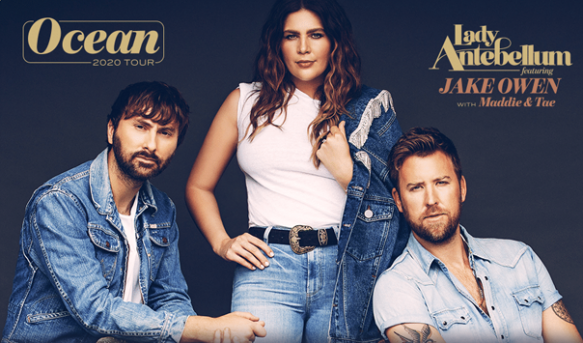 Lady Antebellum will hi the North Island Credit Union Amphitheatre on May 23, Saturday. The band hails from Nashville, Tennessee and was formed back in 2006.  The members of the band are Charles Kelley for the lead vocals, Hillary Scott for the lead vocals and background vocals and Dave Haywood for guitars and piano. The members’ music inclination really runs in the family as Scott is known to be the daughter of notable country singer, Linda Davis while Kelley is the brother of pop singer Josh Kelley. They moved from one location to another, coming from North Carolina to Georgia and to Nashville just to pursue their music career. The name of the band was inspired by the antebellum style of houses which the band love to see and photograph. They started recording professionally in 2007 when they were signed under the Capitol Records in Nashville. Make sure that you don’t miss this heartwarming performance from this amazing band. Grab your tickets now!