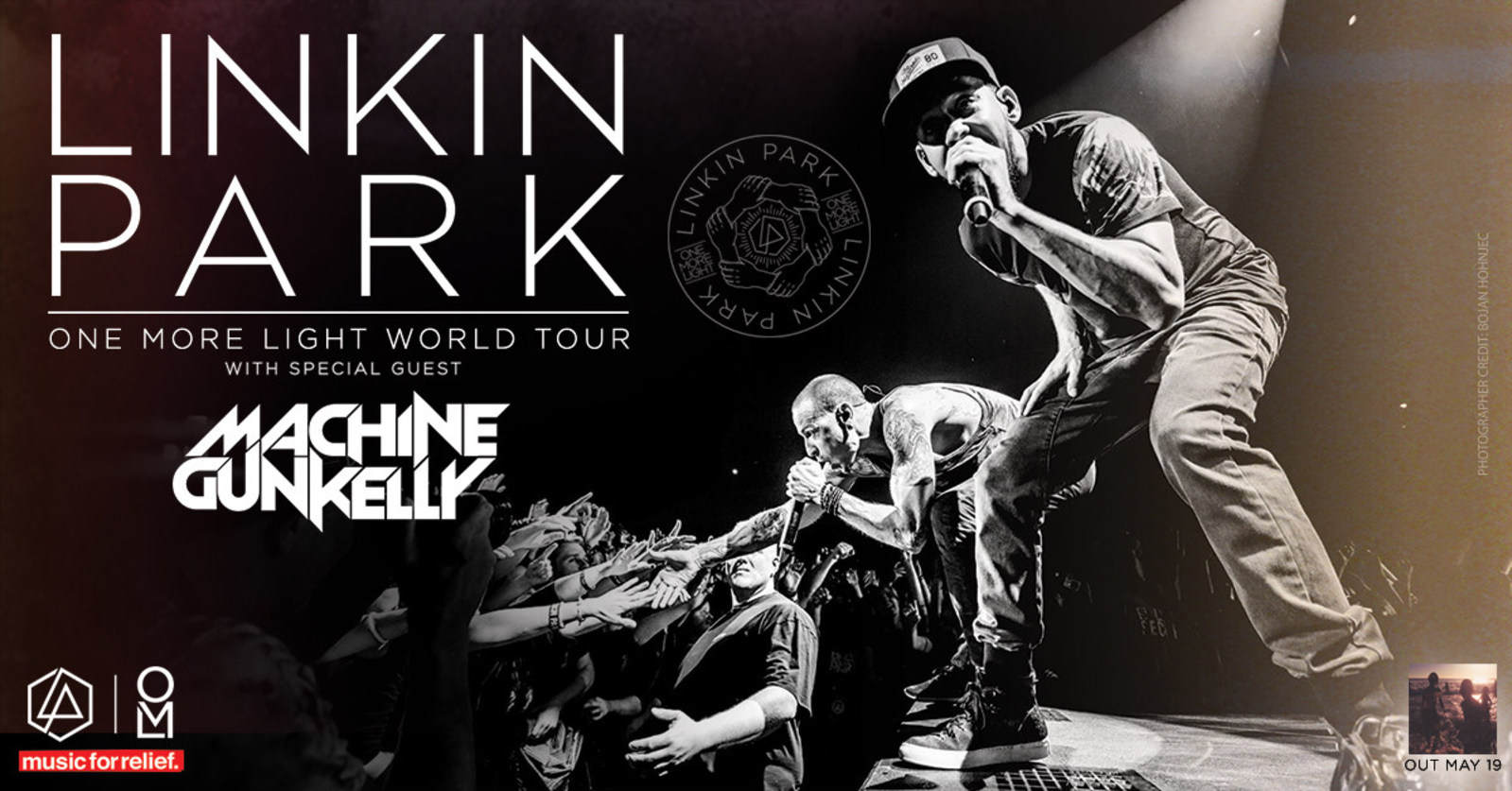 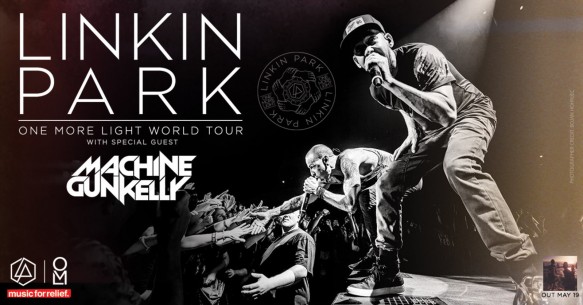 Linkin Park and Machine Gun Kelly are bringing their One More Light World Tour to the Mattress Firm Amphitheatre on Friday 20th October.

Linkin Park released their highly anticipated seventh studio album, One More Light, on May 19th via Warner Bros. Records. The band’s risky creative choices – swinging wildly from song to song, album to album – are a hallmark of their career, and One More Light is no exception. Their most personal to date, the album is built on the stories of six voices coming clean about their lives and struggles, as if it were the first time. One More Light isn’t bigger, louder, or more avant-garde, it’s more human.

Due to an artificially limited pre-sale, tickets for Linkin Park at the Mattress Firm Amphitheatre are in short supply as fans have been competing against each other for the best ones. Buy your tickets today before they sell out completely.