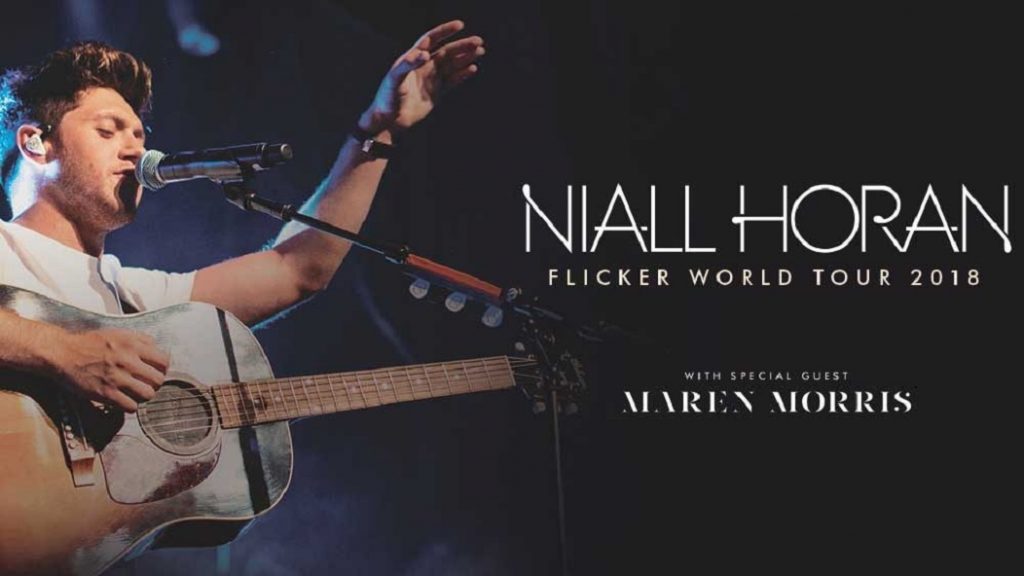 Niall Horan is coming all the way from Ireland for the Flicker World Tour 2018 on Friday August 17th with special guest Maren Morris!

Best known for being a member of One Direction, he signed a recording deal as a solo artist in 2016 with his 2 hit singles reaching the top 20 in several countries! His latest album, and tour namesake, Flicker, debuted number one in Ireland and the United States.

Country music singer, Maren Lorris, will be joining Niall! She has released four studio albums with her debut single, My Church, peaking at number 1!

Both these artists are huge with passionate followings. Buy your tickets today whilst they are still available as they are selling fast.