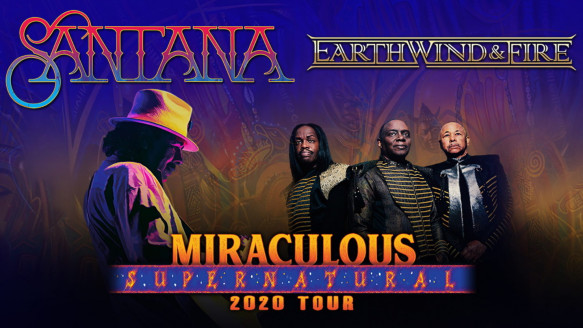 Santana plus Earth, Wind and Fire will hit the North Island Credit Union Amphitheatre on June 19, Friday. Santana was formed by the main man himself, Carlos Santana who is an American-Mexican songwriter and guitarist in San Francisco, California. Other members include David Brown, Mike Carabello, Jose Areas, Gregg Rolie and Michael Shrieve. They released their first self-titled album in 1969. One of their best hits is Smooth, from the album Supernatural, in collaboration with the one and the only Rob Thomas. This album hit the top spot of various charts internationally, reaching more than 12 million in sales just in the United States.

Who could not miss Earth, Wind and Fire? They were also known as EWF and include members Maurice White, Larry Dunn, Verdine White, Ralph Johnson, Philip Bailey and Al McKay. This outstanding group started in 1972 at Chicago and easily became famous because of the fusion of their genres. These genres include a mix of jazz, pop rock and R&B. They are one of the most successful bands of the generation. They were nominated for 20 times in the Grammy Awards and they earned their star at the Hollywood Walk of Fame.