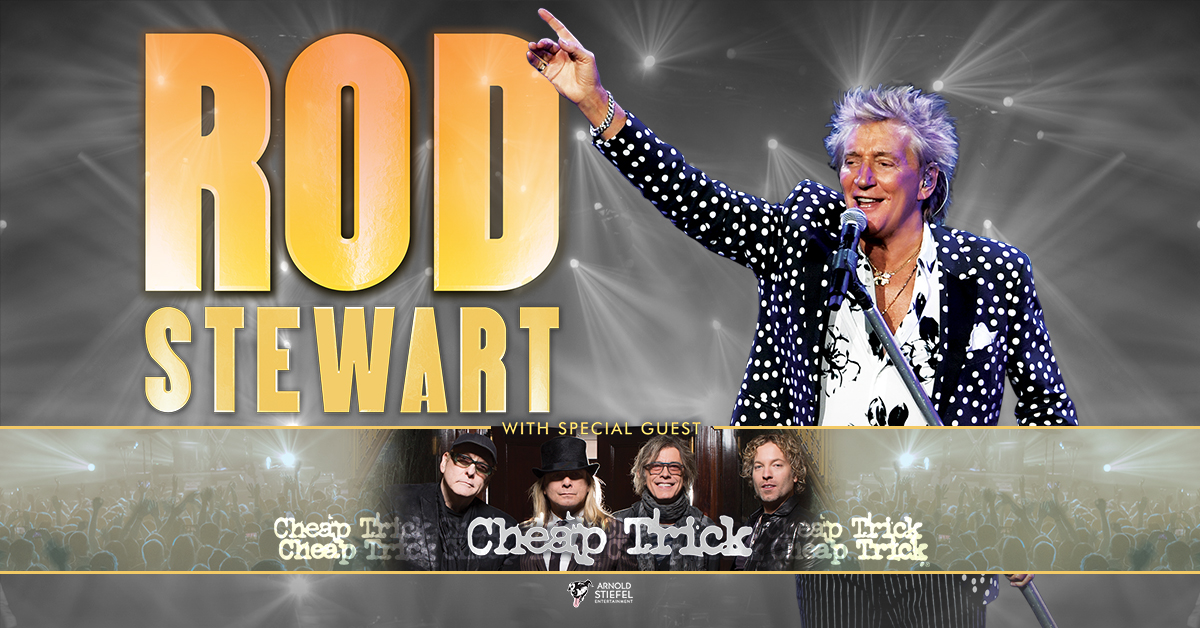 It’s official: Rod Stewart and Cheap Trick are teaming up for a massive summer tour! The two legendary rock acts will be performing at the North Island Credit Union Amphitheatre on Saturday, August 5th, 2023. This is sure to be a can’t-miss event for any fan of either artist.

Rod Stewart is a true icon in the world of rock music. He has been entertaining audiences for over five decades, and shows no signs of slowing down. His most recent album, Blood Red Roses, was released to critical acclaim in 2018. Cheap Trick is also a legendary rock band, best known for their hits “I Want You to Want Me” and “Dream Police.” They are sure to bring the same high energy to their performance at the North Island Credit Union Amphitheatre.

This will be a night to remember, so make sure to get your tickets early. It’s going to be a sell-out show!

Tickets to Rod Stewart & Cheap Trick at the North Island Credit Union Amphitheatre are selling fast, buy yours now whilst some are still available.